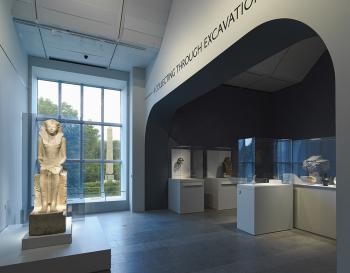 In 2020, the Metropolitan Museum of Art celebrated its 150th anniversary with the exhibition Making The Met, 1870–2020, which explored the museum’s history through 11 episodic stories. The exhibition tells the history of the museum through its collecting practices and articulates a future for The Met as a universal museum. Archaeology, as well as classical and Egyptian antiquities, feature prominently in several of the exhibition galleries. In these displays, The Met articulates a transparency, although selective, about its past collecting of antiquities and the role of partage in forming its Egyptian, ancient Near Eastern, and Islamic collections. This review escorts readers on a tour of the exhibition, focusing on antiquities, and discusses the substantial online resources associated with Making The Met.