The AJA Learning Resources page is an accessible starting point for those interested in a career in archaeology as well as a place to browse archaeological projects, databases, and image and bibliographic resources. These helpful, trusted links are regularly checked and updated by AJA staff. 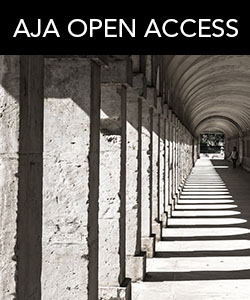