The Design and Reception of the Roman Arch at Orange

The Design and Reception of the Roman Arch at Orange 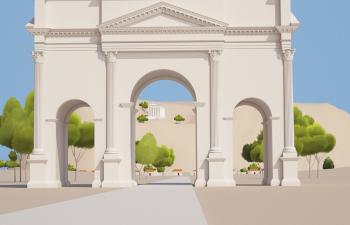 The Arch at Orange is well known among the Roman remains of southern France for its good preservation and exuberant visual program. Previous studies have focused on the meanings behind its martial iconography, considering the structure exclusively as the result of Roman intervention. A reconsideration of the Arch at Orange from a postcolonial perspective, looking at issues of placement, design, and viewership, situates the monument as a product of local colonial interests that purposely blended indigenous and pan-Mediterranean artistic traditions. Shifting attention to its reception by ancient viewers reveals the wide diversity of local responses to the art and architecture that accompanied the Roman conquest of southern Gaul.