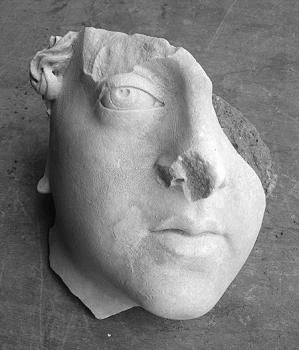 This article focuses on 12 fragments of Roman sculptures preserved in the storage rooms of Hadrian’s villa in Tivoli. Ten can be identified as portraits of Hadrian, Antinous, Commodus, Caracalla, and possibly Elagabalus. Another is a head with a ringlet hairpiece (Löckchentoupet), which could represent a female member of Hadrian’s family or a servant. The 12th fragment is identified as the only known replica of a head that is in the Louvre, and the two are interpreted as Roman copies of the head of a lost Hellenistic original.