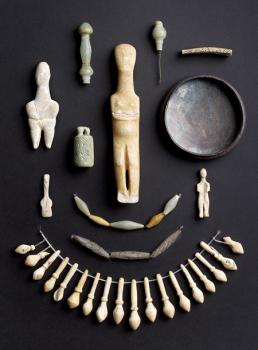 Amorgos is widely known for its Early Cycladic antiquities, which now predominantly adorn private collections and numerous museums outside Greece. Some of the finest Cycladica associated with the island emerged before the first systematic excavations were conducted in 1894 by Christos Tsountas. With the exception of brief references, this early period of Cycladic exploration is little known. This article attempts to identify and reconstruct the private excavations that took place on Amorgos and the organization, operation, and trafficking of the island’s Early Cycladic antiquities between 1880 and 1894. By integrating archival and archaeological material, this study offers glimpses of the cultural history of late 19th-century Amorgos and of some of the protagonists who paved the way for the systematic investigation of the early Cyclades.