Toward a More Dynamic Modeling of Ancient Domestic Space: An Example from First-Millennium BCE Greece

Toward a More Dynamic Modeling of Ancient Domestic Space: An Example from First-Millennium BCE Greece 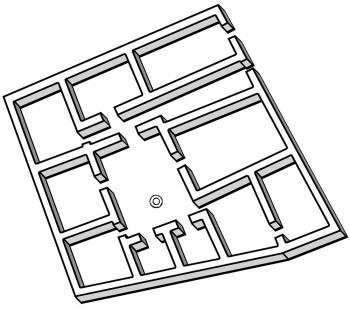 Recent archaeological discussions of domestic space in a variety of cultural contexts have pointed out the limitations of the static models that have typically been used to discuss the arrangement of activities and their associated modes of social organization. Taking the example of the Greek world during the first millennium BCE, this article explores some of the insights that can be gained by reorienting attention toward a more dynamic understanding of the domestic context. A characteristic house form, the “single-entrance, courtyard house,” is taken as the point of departure, but the focus is on its boundaries in chronological and socioeconomic terms. I argue that by foregrounding patterns of variability and change in the archaeological evidence, it is possible to shed light on large-scale social dynamics.