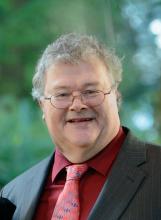 R. J. A. Wilson is director of the Centre for the Study of Ancient Sicily at the University of British Columbia. He has also taught at the Universities of Dublin and Nottingham. Recipient of the Killam Prize for Research at UBC for his career-long contributions to scholarship, he has also been Alexander von Humboldt Fellow at Bonn, Balsdon Fellow at the British School of Rome, Charles Eliot Norton Lecturer for the AIA, and Guest Fellow at the Getty Research Institute. In 2017 he gave the Eleventh BABESCH Byvanck Lecture at Leiden, and the Dalrymple Lectures in Archaeology at the University of Glasgow. He has written or edited 10 books, most recently Caddeddi on the Tellaro: A Late Roman Villa in Sicily and its Mosaics (2016).