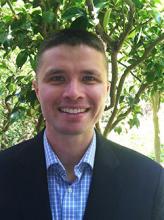 Michael J. Taylor is a historian broadly interested in imperialism, state power, and military institutions during the Roman Republican period. He received his A.B. from Princeton and his Ph.D. from the University of California, Berkeley. He has taught at the University of Texas at Austin and Santa Clara University. He previously served as an officer in the California Army National Guard, deploying to Iraq and Kosovo.