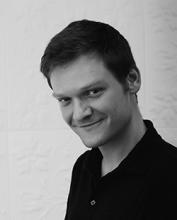 Daniel Osland is lecturer in classics at the University of Otago, New Zealand. Author of The Early Roman Cities of Lusitania (Oxford 2006), he has broad interests in Roman and post-Roman urban life, from architecture to ceramics to the uses of urban space. Daniel has participated in numerous excavation projects in Portugal and Spain. Current research activies relate to the material culture and written accounts of the Late Antique period in Mérida, Spain, and across Hispania more generally.