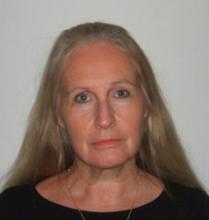 Following a remunerative career in the city, Sue returned to academia as a Hossein-Farmy Scholar at the University of Sheffield, where she received her doctorate in 2000 for her thesis “Weapons, Warfare and Society in the British Later Bronze Age.” Since 2006 she has participated in fieldwork at the multiperiod site of Priniatikos Pyrgos in northeast Crete while continuing to work on various Late Bronze Age archaeometallurgical projects in Britain.