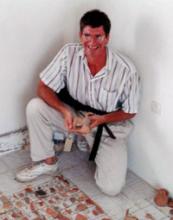 Nicholas K. Rauh is professor of classics in the Department of Foreign Languages and Literature at Purdue University. He received his doctorate in ancient history in 1986 at the University of North Carolina at Chapel Hill. His research focuses on the cultural and social history and material culture of the Roman maritime world. His books include The Sacred Bonds of Commerce: Religion, Economy, and Trade Society at Hellenistic Roman Delos, 166–87 B.C. (Amsterdam 1993) and Merchants, Sailors, and Pirates in the Roman World (Stroud 2003). Since 1996, Rauh has directed the Rough Cilicia Archaeological Survey Project in Gazipasha, Turkey.