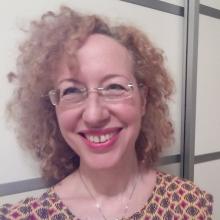 Arlette David trained as a lawyer at the Université Libre de Bruxelles and as an Egyptologist in Jerusalem. David is professor of Egyptology at the Hebrew University of Jerusalem. She has worked extensively on ancient Egyptian law and legal languages, cognitive linguistics and the categorization of ancient Egyptian scripts; her research focuses now on iconography, mainly on royal ideology, cultural transmission, and visual strategies during Akhenaten's reign, and on Egyptian(izing) material culture in the Southern Levant.