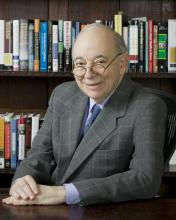 Malcolm Wiener is an Aegean prehistorian who has written widely on Minoan Crete and Mycenaean Greece, interactions between Egypt, the Near East, and the Aegean in the Bronze Age, the chronology of the ancient world—including analyses of radiocarbon, tree ring, and ice core dating—Homer and history, and other subjects. He is a fellow of the American Association for the Advancement of Science, Royal Swedish Academy, Austrian Academy, German Archaeological Institute, and the Society of Antiquaries and Chevalier de l’Ordre des Arts et des Lettres (France). He has received the Ring of Honour of the German Academy in Mainz and honorary doctorates from the universities of Sheffield, Tübingen, Athens, Cincinnati, University College London, and Dickinson College.