The Archaeology of Wine Production in Roman and Pre-Roman Italy

State of the Discipline

The Archaeology of Wine Production in Roman and Pre-Roman Italy 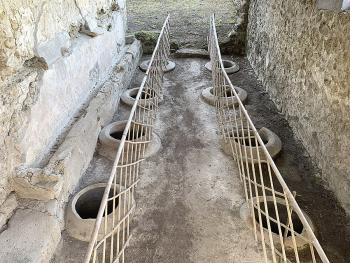 The world of vinicultural archaeology has expanded exponentially over the past two decades, adding novel discoveries, methodologies, theories, and new archaeological evidence. Despite this, focused regional or site-specific approaches and syntheses dominate scholarship. This article provides an alternate, macroperspective via a comprehensive update and overview of the archaeological evidence for the entire Italian peninsula. When considered as a whole, the sheer quantity of evidence is simply a starting point for future research directions. New data from pre-Roman Italy might suggest localized indigenous winemaking experimentation, contrasting with traditionally dominant east–west colonial diffusionist models. Detailed cataloguing and interpretation of Roman wineries demonstrate that two dominant press types were present simultaneously. Along with these syntheses, previously unpublished evidence is analyzed for the first time, including conspicuous, lavish, and theatrical wine production at the Villa dei Quintili just outside Rome.