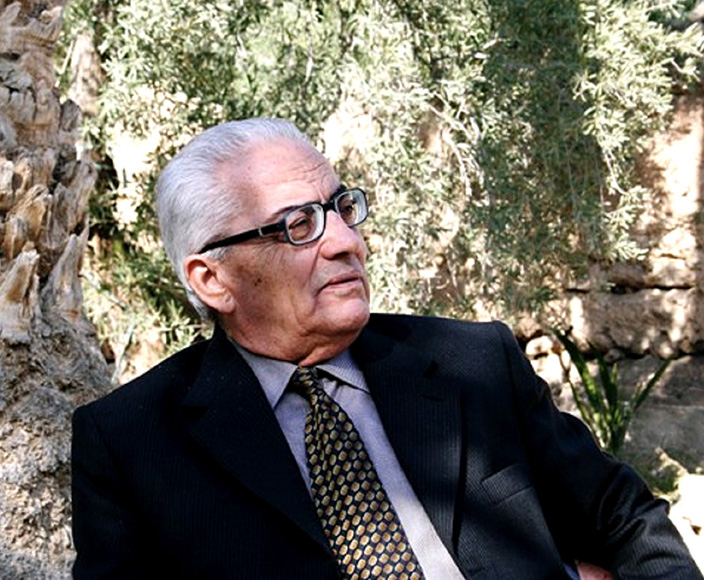 Khaled al-As’ad, distinguished archaeologist, was brutally killed by henchmen of the so-called Islamic State (Daesh) in Palmyra on 18 August 2015. He leaves behind his wife and 11 children.

Khaled al-As’ad—Abu Waleed as his friends called him—was born on 1 January 1934 to a noble Palmyrene family. As a student of history at Damascus University, he participated in large-scale excavations in Palmyra conducted by the Syrian Directorate-General of Antiquities and Museums (DGAM) and directed by the two doyens of Palmyrene archaeology: Adnan Bounni and Nassib Saliby. In 1963, As’ad was named director of the antiquities and the museum of Palmyra, a position he held until 2003, when his son Waleed took his place. During those 40 years, As’ad organized, managed, and directed all excavations, restorations, and research work in and around Palmyra. Here I can reflect on only a few of his career milestones. As a young man, he organized a guided visit to Palmyra in 1969 for the participants of the International Congress of Classical Archaeology held in Damascus. Perhaps the high point of his career was the inclusion in 1980 of Palmyra on the UNESCO World Heritage List, for which he had worked tirelessly. In 1992, he organized the international colloquium “Palmyra and the Silk Route” on behalf of UNESCO and the DGAM. For him, “business as usual” was to guide high political and cultural officials and delegations from all over the world, such as the French president Giscard d’Estaing or the American foreign minister Henry Kissinger, through the ancient town of Palmyra.

Of Bedouin ancestry, As’ad was keenly interested in the Bedouin tribes around Palmyra. Consequently, he cared deeply about ancient sites in the Palmyrene desert, such as Khan al-Hallabat and the desert castle at Qasr al-Kher al-Sharqi. As’ad obtained the highest international recognition, not least from his publication activities. His international reputation is documented, for instance, by his long-term membership in the International Council of Museums and the Order of Merit of the Republic of Poland (Order Zasługi Rzeczypospolitej Polskiej).

Apart from his scientific activities, his unflagging and selfless engagement in helping others and organizing research possibilities made him highly esteemed by colleagues from all over the world. His knowledge of and his good relations with virtually everyone in and around Palmyra made him one of the most influential persons in the area. It was, for example, Abu Waleed who provided drinking water on-site during days when the temperature might reach 45°C, who procured tents for shade, who found the local experts and the equipment requested by the archaeologists. Our work and our life in Palmyra would have been impossible without him. And let us not forget his generous hospitality—whenever Abu Waleed invited colleagues to his house, there was always a great feast and friendly company, along with the delicious mansaf offered by the “grand seigneur” himself.

In the end, Khaled al-As’ad’s role as local tribal leader and caretaker of antiquities made him decide not to leave his family or “his” ruins. He refused to hand over the cultural heritage of Palmyra or to reveal the location of hidden antiquities to the vandals of the Islamic State. He paid for this with his life. We shall remember him for his courage and keep him forever in our grateful hearts.