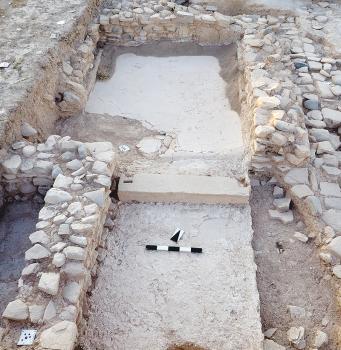 The Late Bronze Age was a period of profound transformation on the island of Cyprus. Through investigations at the Maroni complex and at Kalavasos-Ayios Dhimitrios—two urban centers in south-central Cyprus—the Kalavasos and Maroni Built Environments (KAMBE) Project seeks to understand the relationship between these changes and the coeval rise of the island’s first cities. Here we discuss the results of new work at Ayios Dhimitrios, where the collection of high-resolution data is providing new insights into the emergence and development of this Late Bronze Age urban landscape. Our work has focused on two areas: (1) a monumental court-centered building (Building XVI) with possible evidence for feasting and (2) the approach to the city’s administrative core, which was monumentalized through a series of construction phases. We argue that cities are produced by the place-making activities of their inhabitants at various scales, and our investigations in these two areas of Ayios Dhimitrios provide compelling evidence for elite place making through which the urban environment shaped, and was shaped by, new patterns of movement, social interaction, and daily practice. Comparison with the nearby and largely contemporaneous Maroni complex reveals that the first cities on Cyprus took rather divergent paths to becoming urban.