The inaugural all-color issue of the AJA appeared in October 2018 (vol. 122.4). Previously, it was the default policy at the AJA to publish all illustrations in black and white or grayscale. Authors did have the option of paying a subvention to include color illustrations in their articles; the cost was $500 for each printed page that included color. This amount, not surprisingly, exceeded the budgets of many authors. For the most part, the articles that included color were field reports with institutional backing. With the new color policy at the AJA, images can be reproduced in color in both the print and digital publications of the journal with no charge to authors. This change certainly enhances the appearance of the AJA's pages; color also enables the images to present information more clearly and to convey more detail than is possible in shades of gray.

The AJA saw another major change last year. Dr. Madeleine J. Donachie, who became AJA's Managing Editor in November 2004 and was promoted to Director of Publishing in January 2011, resigned from that position last June. Maddie was instrumental in bringing the AJA into the digital age by engineering the partnership between the AJA and JSTOR, putting in place the present online submission platform, and instituting a completely electronic production process. Under Maddie's direction, the AJA was one of the first journals in its field to offer open access content and preserve its publications in digital archives. These initiatives  allowed Maddie to implement the Journal Donation Program, in which more than 10,000 back issues of the AJA were donated to 150 libraries and institutions around the world.  Maddie also gave the AJA a major facelift with her strategy for rebranding the print journal and the AJA's website and her management of this large project. The new design appeared in January 2014: 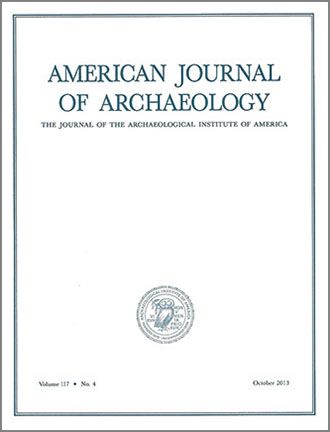 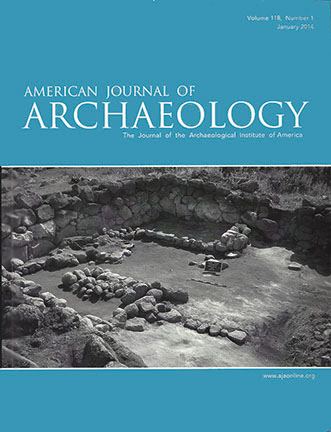 Fortunately for the AJA, Maddie continues to work with the production staff in a few areas. Dr. Elma Sanders, long-time freelance editor for the AJA, has stepped in as Editor, and Julia Homer brings years of editorial experience to coordinating publication.

By Jane B. Carter