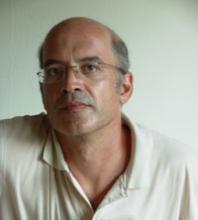 Nissim Amzallag (Ph.D.) is a researcher in plant physiology, who has worked at the Hebrew University of Jerusalem as well as the Judea Center for Research and Development. To the field of archaeometallurgy, he arrived via philosophy of sciences and history of ideas, the other domain of his academic activity. This occurred, incidentally, seven years ago, when he investigated the origin of modern scientific thought and its relationship to alchemy. Research on medieval alchemy brought him to ancient bronze metallurgy and then to the problem of its origin. His book The Copper Revolution: Smelters from Canaan and the Origin of Ancient Civilizations (Hameara 2008 [in Hebrew]) deals with the cultural impact of the discovery and spread of furnace metallurgy.