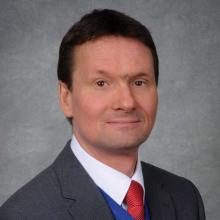 Martin G. Klingbeil is Professor of Old Testament and Ancient Near Eastern Studies at Southern Adventist University. He studied under Othmar Keel (Fribourg) and Izaak Cornelius (Stellenbosch) and specialized in ancient Near Eastern iconography and glyptics. His research interest focuses on the intersection between image and text. He served as co-director of the Fourth Expedition to Lachish (2013–2017).