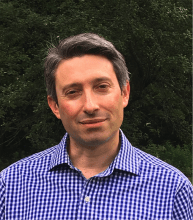 John D.M. (Jack) Green is associate director of ACOR, the American Center of Oriental Research, Amman, from 2017 to present. He supports cultural heritage initiatives including the USAID Sustainable Cultural Heritage through the Engagement of Local Communities Project, is director of the Temple of the Winged Lions Cultural Resource Management Initiative (TWLCRM) at Petra, and project co-lead of the ACOR Photo Archive Project. Jack Green’s academic and professional background is in ancient Near Eastern archaeology, cultural heritage, and museums. He was curator of Ancient Near East at the Ashmolean Museum, University of Oxford (2007–11), chief curator of the Oriental Institute Museum, University of Chicago (2011–15), and deputy director at the Corning Museum of Glass in New York (2016-17). Jack Green received his BA degree from the University of Liverpool (1999) and MA and Ph.D from the Institute of Archaeology, University College London (2001, 2006 respectively). His Ph.D focused on the Late Bronze and Early Iron Age cemetery of Tell es-Sa’idiyeh, Jordan, based largely on materials at the British Museum and collections in Jordan, followed by subsequent work on the cemetery publication project. His research interests include the archaeology of the Southern Levant, the archaeology of gender, and the history of archaeology and museums.