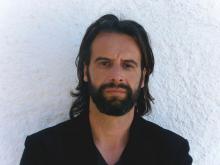 Michalis Karambinis studied archaeology in the University of Athens (BA), in the Pontifical Institute of Christian Archaeology in Rome (MA), and in the University of Leiden (PhD). He has worked as a post-doctoral researcher in the University of Leiden and as a field archaeologist in the Hellenic Archaeological Service. He is currently a postdoctoral researcher in the National Hellenic Research Foundation, studying the urban networks of Roman Crete and Cyprus. His areas of interest include Roman, Byzantine, and Ottoman history and archaeology, and he is geographically focused in the Eastern Mediterranean and Greece in particular. His publications include The Island of Skyros from Late Roman to Early Modern Times. An Archaeological Survey (Leiden University Press 2015).