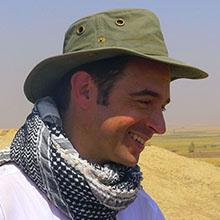 Jason Ur is Stephen Phillips Professor of Archaeology and Ethnology in the Department of Anthropology at Harvard University. He specializes in early urbanism, landscape archaeology, and remote sensing, particularly the use of declassified U.S. intelligence imagery. He has directed field surveys in Iraq, Syria, Turkey, and Iran. He is the author of Urbanism and Cultural Landscapes in Northeastern Syria: The Tell Hamoukar Survey, 1999–2001 (Chicago 2010). Since 2012, he has directed the Erbil Plain Archaeological Survey, an archaeological survey in the Kurdistan region of northern Iraq that was formerly the core of the Assyrian Empire.