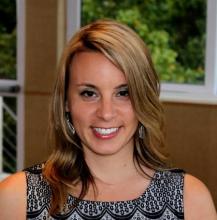 Erica Rowan (DPhil, University of Oxford) is a Senior Lecturer in Classical Archaeology in the Department of Classics at Royal Holloway, University of London. Her research focuses on ancient consumption practices, the evolution of food identities, economies of production, and alternative fuel sources, particularly in the Roman period. She has written extensively on non-elite diet in the Bay of Naples and on the use of olive oil pressing waste as an important fuel source in the ancient Mediterranean. Her forthcoming book project explores dietary changes and developments in Roman Italy. She is the PI of an AHRC funded project, Negotiating the Modernity Crisis: Globalization, economic gain and the loss of traditional and sustainable food practices in Turkey, and the archaeobotanical specialist on the Aphrodisias, Sardis (Turkey), Villa d’Orazio in Vacone, and Falerii Novi (Italy) excavations.