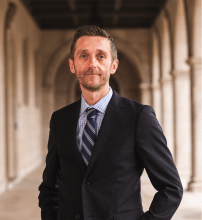 Nicola Aravecchia is Assistant Professor of classics and art history and Archaeology at Washington University in St. Louis. He is a graduate of the University of Minnesota and of the University of Bologna. His current work focuses on the origins and development of Early Christian architecture in rural Egypt. Since 2005, he has been involved in archaeological projects in Dakhla Oasis, located in Egypt’s Western Desert. His publications include ʿAin el-Gedida: 2006–2008 Excavations at a Late Roman Site in Dakhla Oasis, Egypt (2018) and contributions to An Oasis City (2015).