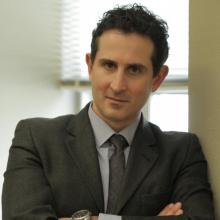 Antonis Kotsonas is Associate Professor of Mediterranean History and Archaeology at the Institute for the Study of the Ancient World, New York University. Previously he worked at other universities in the USA, the UK, Greece, and The Netherlands. Kotsonas holds a Ph.D. from the University of Edinburgh, an M.Phil. from the University of Cambridge, and a B.A. from the University of Crete. He has published four books and numerous articles on the material culture and socioeconomic history of ancient Greece and the Mediterranean, focusing mostly on the Early Iron Age and the Archaic period. He has also written on the history of Greek and Mediterranean archaeology and the reception of Classical antiquity. Kotsonas codirects the Lyktos Archaeological Project in Crete.