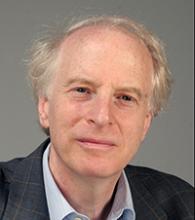 Joseph Maran is professor of pre- and protohistory at Heidelberg University. Since 1994, he has directed the German Archaeological Institute excavation at Tiryns, and since 2013 he has been codirector of the Heidelberg Cluster of Excellence “Asia and Europe in a Global Context.” His current research interests are related to issues of interculturality and changing lifeworlds, of the nexus between architecture and social practice, as well as between material culture and social memory in societies between the fourth and second millennia B.C.E. at the Mediterranean interface between Europe and Asia.