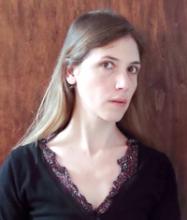 Florence Gaignerot-Driessen received her Ph.D. in Greek archaeology from the Sorbonne (Paris IV) in 2013. From 2013 to 2015 she held a teaching and research position in ancient history and archaeology at the University of Picardie (Amiens). She is currently a Humboldt research fellow at the Institute of Classical Archaeology in Heidelberg. Her research focuses on the Aegean world (14th–seventh centuries), in particular on the formation process of the polis and definition of social groups. She was involved in different archaeological projects on Crete, notably at Sissi (Belgian School of Athens) and Dreros (French School in Athens [EfA], Ephorate of Lasithi), where she excavated and studied remains dated between the Late Minoan III and Hellenistic period. Since 2015, she has been in charge of an archaeological, topographical, and geomorphological mission on the Anavlochos massif, under the auspices of the EfA.