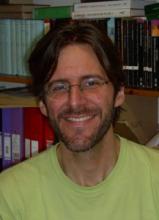 Rafael Scopacasa is research fellow at the Department of Classics and Ancient History, University of Exeter, United Kingdom, where he received his Ph.D. in 2010. He was the Ralegh Radford Rome Scholar at the British School at Rome in 2010–2011. His most recent publications include Ancient Samnium: Settlement, Culture and Identity Between History and Archaeology (Oxford 2014) and Burial and Social Change in First-Millennium BC Italy: Approaching Social Agents (co-edited with E. Perego [forthcoming]). He is interested in bringing together historical, epigraphic, and archaeological evidence as a means of constructing alternative histories of pre-Imperial Italy.