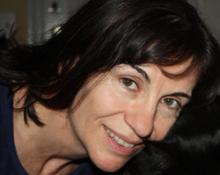 Eve D’Ambra is the Agnes Rindge Claflin Professor of Art History at Vassar College. Her research has focused on imperial relief sculpture and public monuments in Rome and the funerary commemorations of craftsmen in Ostia. Her current work looks to portraiture of imperial and private women in the period of the high empire and issues of identity and adornment. She has received support from the American Academy in Rome, the National Endowment for the Humanities, the American Council of Learned Societies, the Getty Foundation, and the Guggenheim Foundation.