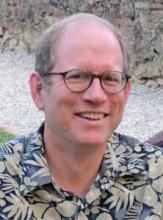 Rabun Taylor is Floyd A. Cailloux Centennial Professor of Classics at the University of Texas at Austin. His recent scholarly work encompasses such topics as the architecture and cognitive history of the Hellenistic and Roman theater, the cultural history of architecture as object, and cults of the Nymphs. He currently directs the Aqua Traiana Project. His articles have appeared in the American Journal of Archaeology, Journal of Roman Archaeology, Journal of the Society of Architectural Historians, Memoirs of the American Academy at Rome, RES: Anthropology and Aesthetics, Arethusa, Papers of the British School at Rome, and other venues. He is currently finishing a book on ancient Naples for Italica press. His books include Rome: An Urban History (with Katherine Rinne and Spiro Kostof, 2016), The Moral Mirror of Roman Art (2008), and Roman Builders: A Study in Architectural Process (2003).