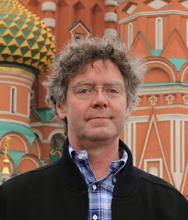 Erwin Cook is the T.F. Murchison Professor of the Humanities at Trinity University, San Antonio, Texas. He received his Ph.D. from the University of California, Berkeley, in 1990. His area of specialization is Homer, in which he is widely published. A partial list of recent publications is available at his faculty page. His book The Odyssey in Athens (Ithaca, N.Y. 1995) attempts to integrate epic performance into the religious life of archaic Athens. His article, “‘Active’ and ‘Passive’ Heroics in the Odyssey,” was selected for inclusion in Homer’s Odyssey (L.E. Doherty, ed. Oxford Readings in Classical Studies [Oxford 2008]).