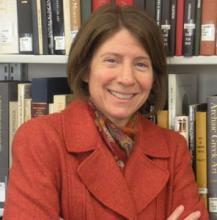 Elise A. Friedland is assistant professor of classics and art history in the Department of Classical and Near Eastern Languages and Civilizations at George Washington University. She has coedited The Sculptural Environment of the Roman Near East: Reflections on Culture, Ideology, and Power (Leuven and Dudley, Mass. 2008) and is author of The Roman Marble Sculptures from the Sanctuary of Pan at Caesarea Philippi/Panias (Israel) (American Schools of Oriental Research Archeological Reports 17 [Boston 2012]). She is coeditor of the forthcoming Oxford Handbook of Roman Sculpture and is currently at work on a second monograph, Seeing the Gods: Sculptures, Sanctuaries, and the Roman Near East.