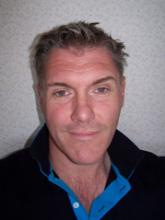 Alan M. Greaves is Senior Lecturer in Archaeology at the University of Liverpool. He was previously a research fellow at the British Institute at Ankara and has worked on excavations and surveys in Turkey for 20 years. His research focuses on regional histories of Ionia, ancient cult, Greek colonization, and the archaeology of Anatolia. His published works include Miletos: A History (London and New York 2002), “Trans-Anatolia: Examining Turkey as a Bridge Between East and West” (AnatSt 57 [2007] 1–15), and The Land of Ionia: Society and Economy in the Archaic Period (Chichester and Malden, Mass. 2010).