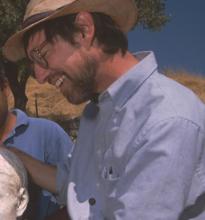 C. Brian Rose is the James B. Pritchard Professor of Mediterranean Archaeology at the University of Pennsylvania and Peter C. Ferry Curator-in-Charge of the Mediterranean Section of the Penn Museum. He has served as the President of the Archaeological Institute of America (2007–2011) and currently serves as director for the Gordion (Turkey) excavations. From 2003 to 2007, he directed the Granicus River Valley Survey Project and served as head of post–Bronze Age excavations at Troy between 1988 and 2012. Rose received the Gold Medal of the Archaeological Institute of America in 2015.