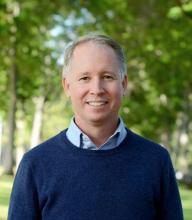 Brendan Burke is an associate professor in the Department of Greek and Roman Studies at the University of Victoria, British Columbia. He serves on the board of directors of the Canadian Institute in Greece and the executive committee of the American School of Classical Studies at Athens. He is the author of From Minos to Midas: Ancient Cloth Production in the Aegean and in Anatolia (Oxbow, 2010) and he currently co-directs the Eastern Boeotia Archaeological Project in central Greece.