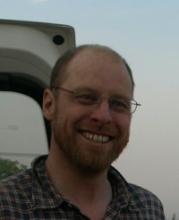 Cameron Petrie conducts research on various aspects of the archaeology of India, Pakistan, and Iran. He received his B.A. and Ph.D. from the University of Sydney (1993–2003). He was then appointed as the Katherine and Leonard Woolley Junior Research Fellow at Somerville College, Oxford (2003–2006), before becoming the Research Councils UK Fellow in South Asian and Iranian Archaeology in the Division of Archaeology in Cambridge, and since 2010 has been a lecturer in the same department.