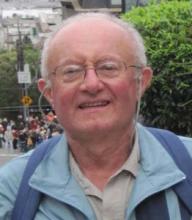 Robert R. Stieglitz is professor emeritus at Rutgers University, where he was the director of the undergraduate Ancient and Medieval Civilizations Program. He received his Ph.D. in ancient Mediterranean studies from Brandeis University. He excavated at coastal sites in Greece and Israel and is the author of four books and more than 100 articles on the ancient Near East and Mediterranean world. He also taught at universities and institutes in Greece and Israel and was curator of the National Maritime Museum, Haifa. He leads archaeological tours in the Mediterranean to Greece and Turkey, Cyprus, Crete, Malta, Sardinia, and Corsica.