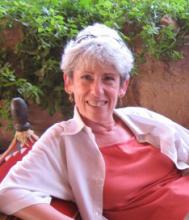 Barbara Burrell is associate professor of Roman archaeology in the Department of Classics, University of Cincinnati. She has dug at sites across the Mediterranean, including Spain, Italy, Greece, Turkey, and Israel. It may have been this diversity that has led to her being chosen as editor of the forthcoming Blackwell’s Companion to the Archaeology of the Roman Empire. She is also in the midst of writing and coediting the two-volume final report of her excavation of the Promontory Palace at Caesarea Maritima in Israel and publishing the coins found at Mount Lykaion in Arcadia, Greece. Beyond fieldwork, her interests include reception and interpretation of the ancient city in the Roman empire, how Roman emperors were worshiped by their subjects, and Roman provincial coins, architecture, and art.