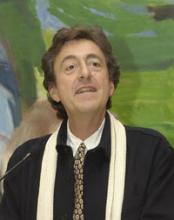 John K. Papadopoulos is Professor of Archaeology & Classics in the Department of Classics and the Cotsen Institute at the University of California, Los Angeles. He received his Ph.D. from the University of Sydney, and remained there as a professor until 1994, when he took a curator position at the J. Paul Getty Museum. He has been at UCLA since 2000. His areas of specialization are the archaeology of Greece (esp. Late Bronze Age, Early Iron Age, Archaic, and Classical periods), the archaeology of colonization, and the integration of archaeological and literary evidence in the study of the past. He has excavated widely in Australia at Aboriginal and historic sites, as well as in Greece, Albania, and Italy. He is currently the codirector of the Ancient Methone Archaeological Project (in northern Greece). Papadopoulos has authored, coauthored, or edited twelve books and more than 100 scholarly articles. He has held both the AIA’s Norton and Joukowsky Fellowships, and in 2010–2011 was the AIA’s Thompson Lecturer.