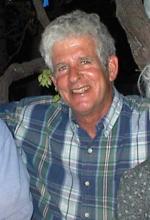 Joseph W. Shaw, emeritus professor at the University of Toronto, has lately focused on the architecture and the general character of the Bronze Age Aegean. In particular, he and his wife, Maria, discovered, excavated, and published (starting in 1976) the southern Cretan site of Kommos—the seaport of Minoan Phaistos and Hagia Triadha. His AJA article published in October 2012 (“Bathing at the Mycenaean Palace of Tiryns”) on the structure and use of the Mycenaean bathing establishment at Tiryns complements his earlier work on Minoan materials and architectural techniques, which preceded the major phase of Mycenaean architectural development.