Cultural History and Memory in the Stadium-Gymnasium Complex at Messene

Cultural History and Memory in the Stadium-Gymnasium Complex at Messene 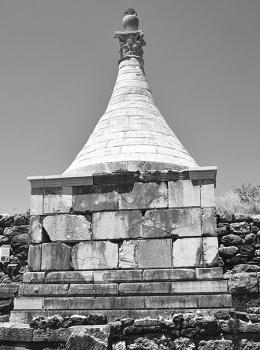 This article considers the stadium-gymnasium complex at Messene, built in the third century BCE, as an architectural unity and as a vehicle for the assertion of civic identity among Messenians, both young and old. Through the published archaeological and epigraphical evidence, the discussion examines the complex’s situation in the landscape, the east and west stoas, and the propylon in light of this aspect of the gymnasium’s function. Special attention is paid to the monumental Hellenistic tombs on the west and to the extensive changes made to the west stoa in the Roman period. The results show how the remains of the gymnasium reflect dynamic processes of remembering and forgetting, and illustrate attempts by various elite families in the Hellenistic and Early Roman periods to position themselves at the center of official civic memory through changes to the building’s fabric.