What's in a Vessel's Name? A Relational Text-Object Approach to the Uses of Mesopotamian Pottery

What's in a Vessel's Name? A Relational Text-Object Approach to the Uses of Mesopotamian Pottery 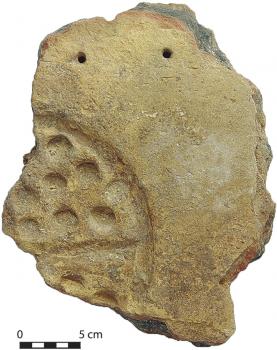 While pottery is the most abundant form of material culture found at Mesopotamian archaeological sites, references to pottery vessels in cuneiform texts are comparatively infrequent. Beyond one-to-one identification of common vessel names with archaeological pot types, rarely have these two sources of evidence been integrated to expand our understanding of Mesopotamian peoples’ perceptions of, and engagements with, their material world. This article develops an innovative methodology that is based on analysis of second-millennium BCE texts in combination with excavated ceramics from the Sealand-period site of Tell Khaiber in southern Iraq (ca. 1600–1475 BCE). It begins by investigating the broader repertoire of pottery nomenclature to sketch out the primary use-contexts of Mesopotamian vessels, before conducting a contextual analysis of vessel names in the Tell Khaiber archive and in the Sealand-period tablets in the Schøyen Collection. Vessel use-contexts are mapped across the excavated areas of Tell Khaiber’s Fortified Building to understand whether the vessel uses suggested by the texts are borne out in context. This process provides fresh insights into the material basis of the little-understood Sealand period, while also recognizing the complex ways in which names and vessels operated contingently in the social reproduction of an ancient craft tradition.