Rethinking Household-Based Production at Ayia Irini, Kea: An Examination of Technology and Organization in a Bronze Age Community of Practice

Rethinking Household-Based Production at Ayia Irini, Kea: An Examination of Technology and Organization in a Bronze Age Community of Practice 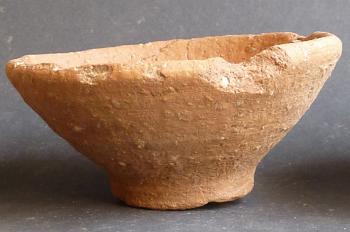 Analyses of the organization of craft production in prehistoric societies have tended to build on evolutionary, typological models that see domestic, household-based production as simple, small-scale, and unspecialized in contrast to workshop production. Such models, however, overlook archaeological and ethnographic evidence for craftspeople in domestic contexts who operate at intensive scales of production and participate in regional exchange networks. The potential for domestic production to be a significant force in local economies and regional exchange networks is, therefore, something to be evaluated on its own terms. This article examines diachronic evidence for the organization of pottery production at the site of Ayia Irini on the Cycladic island of Kea and argues that multiple, probably household-based producers were operating there throughout the Middle and Late Bronze Age. The adoption of new technologies and shifts in local production are evaluated as part of a complex process of regional interaction and mobility in which craftspeople played key roles as agents of material culture change.