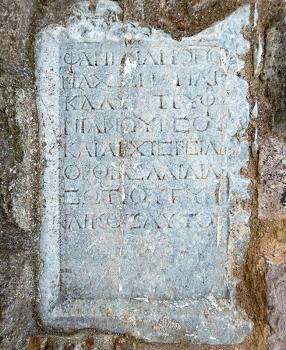 This article gathers the evidence for gladiatorial and wild-beast spectacles in the ancient city of Mytilene on Lesbos in the Roman province of Asia. It summarizes the available information regarding the conversion of the town theater into an arena and then presents four inscriptions related to gladiatorial and beast-fight spectacles, 12 panel- and altar-shaped stelae depicting single gladiators, and five reliefs depicting scenes of beast fights. I argue that most of the pieces should belong to monuments dedicated to the sponsors who offered these kinds of spectacles. With the exception of one inscription that is safely dated to the early first century CE and attests to venationes (beast fights) at Mytilene already in Augustan times, the other monuments are chronologically located in the second to third centuries CE. The monuments are local products and are characterized by their simple iconography. Of particular interest, however, is a relief presenting a mythologized beast-fight scene that may have been actually enacted in the amphitheater.