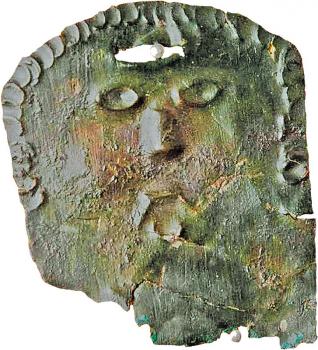 After the annexation of Gaul into the Roman empire, a new religious practice began in the Gallic provinces: offering votive objects representing either parts of the body or the entire body at healing sanctuaries. Analysis of these votives offers a unique way to study the identities of women, especially nonelite women who are often archaeologically invisible. Representational healing votives allow for study of gendered experiences of colonialism in Roman Gaul because women and men were positioned differently with respect to the colonial power structure. This study of 1,050 published votive objects reveals gendered differences in body parts represented, materials used, and preferred artistic style. In scholarship on gendered behavior in colonial contexts, it is commonly argued that women generally acted as guardians of indigenous cultural practices while men more readily took on the culture of the colonizer. The results of the present examination suggest that, in Gallo-Roman healing religion, the opposite was true: while men more often referenced an indigenous identity in their votives, women represented themselves in a Roman manner more often. These results have significant implications for our understanding of gendered experiences of colonialism in the Roman provinces.