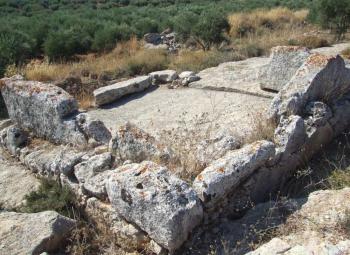 This paper critically assesses the transformation of material culture assemblages on Crete between its conquest by Rome in 69–67 B.C.E. and the mid first century C.E. by first applying the frameworks of eventful archaeology and globalization. These paradigms demonstrate that the conquest, despite being an important historical event, was not the primary impetus behind transformation of material culture assemblages but instead served as a preliminary step for gradual transition that varied in pace across Crete. Previous analyses have highlighted the mid first century C.E. as the point when transformation becomes evident even at sites resistant to change up to that point. An explanation of the specific factors that led to this situation, however, is lacking. Building on an argument tied to globalization that investment is a key variable behind gradual transformation, this paper examines economic developments on Crete before and after Rome’s conquest—including infrastructure expansion, increase in agricultural output, and the growth of social and economic networks—that permitted increased connectivity with other regions of the Roman empire. These developments, which led to intensification of economic contacts by the mid first century C.E., particularly with Italy, provided a conduit for transformation to reach all sectors of the island.