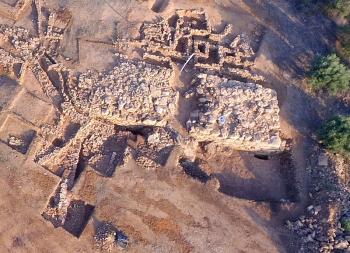 For a long time, the emergence of Aegean states was explained in terms of general evolutionist models based on evidence from a handful of major palatial sites. Recently, however, a growing emphasis on regional diversity has demonstrated the importance of specific models for understanding the multiple pathways to social complexity. It is becoming increasingly clear that static neoevolutionary types do not reflect the fluid and dynamic character of human societies and that top-down explanatory models based on top-tier centers are biased and incomplete. In this article, a detailed historical modeling of the Mycenaean state of Pylos based on new data from the systematic excavation of Iklaina tests the current model and proposes that the Pylian state, as it is known to us from Linear B tablets, was not integrated until an advanced phase of the Late Helladic IIIB period. This analysis suggests that for most of the Mycenaean period both Iklaina and Ano Englianos were primary centers following parallel trajectories and functioning as capitals of independent micropolities. A late date for the unification of the Pylian state could account for its partly decentralized character, the duplication of administrative structures, and the instability that may have contributed to its collapse.

By Michael B. Cosmopoulos