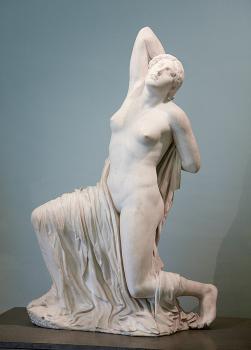 Public bathing was integral to daily life in ancient Rome. Today, imperial baths loom large in reconstructions of the ancient city, where they evoke the splendor of this uniquely public and social urban tradition. Although archaeological and literary evidence reveals that baths flourished in Rome as early as the third century B.C.E., comparatively little is known about those small, dark, for-profit establishments. This paper examines the introduction of baths into Rome and the earliest bathing facilities before turning to the urban and political impact of the Thermae Agrippae (Baths of Agrippa), constructed in the late first century B.C.E. The formerly private bath complex, made public upon Agrippa’s death, marks a radical departure from previous establishments, offering expansive gardens filled with sculpture, large pools, and impressive architecture. This paper, for the first time, traces similarities in the innovative design and luxurious decoration of the Thermae Agrippae with that of the private urban estates (horti) of elites in Rome. It situates Agrippa’s bequest in an era in which the expediency of offering public access to elite private spaces was rapidly becoming evident to Rome’s most astute politicians. This nationalization of Agrippa’s former estate aligns with Augustan urban policies and explains a significant shift in architectural nomenclature: from balnea to thermae.