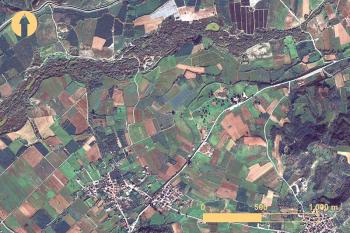 Satellite remote sensing at Mantinea and Elis in the Peloponnese has identified an extensive network of near-surface orthogonal streets and sections of city blocks. This new and valuable information reveals the general organization of urban space and its parameters, showing that Mantinea and Elis were planned settlements at some point in time. In presenting the evidence for buried archaeological features, the report describes the wider urban layout of each city and outlines a partial reconstruction of an orthogonal network of streets. As Peloponnesian settlements, Mantinea and Elis are considered more broadly within the traditions of Greek town planning. In particular, the report highlights the evidence for planned settlements in the Peloponnese and in doing so challenges the misconception that the region was disinclined to adopt trends in Greek town planning. Finally, an argument is made for the wider integration of satellite remote sensing applications in archaeological fieldwork projects throughout Greece, where until now they were generally lacking.