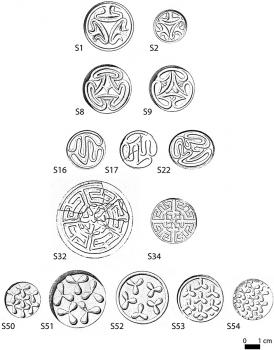 Although the importance of seal use on the Greek mainland during the Early Bronze Age has long been recognized, its significance still remains difficult to grasp. The pervasive priority given to the analysis of social complexity has meant that seal use is addressed as part of an early administrative apparatus employed to control the distribution of goods. The failure of the material to meet the expectations raised by this interpretation is often ignored and has yet to spur a reconsideration of the theoretical grounds on which analysis of seal use was built. Highlighting that such difficulties are the result of particular demands placed on this material, demands that are shaped, in turn, by untested assumptions about the function of the sealings, this article proposes the significance of seal use as a value-producing and transformative material practice. In this framework, it brings forward and discusses the employment of Early Bronze Age II (Early Helladic II) sealings in the organization of food practices as sustaining the circulation of agricultural labor. This reorientation is consonant with a more general shift from seeking to identify predetermined social formations with their concomitant modes of material management to placing strategies of goods reallocation within a continuous, and significantly open-ended, process of social association.